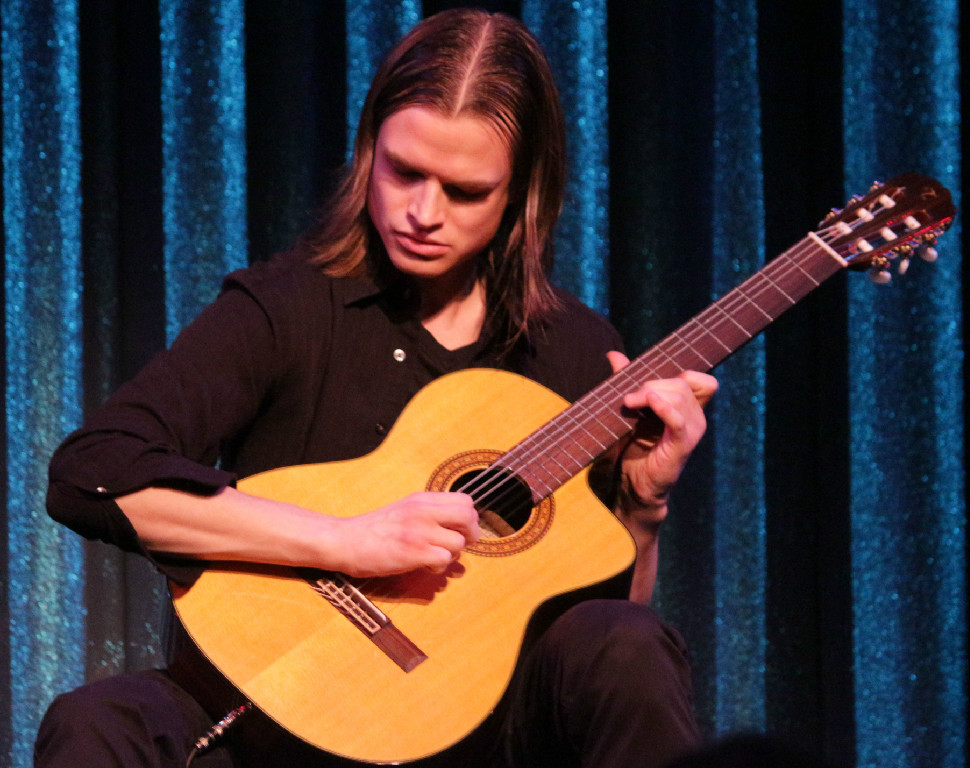 Parkside will have Award Winning Spanish Guitarist, Gladius perform for the residents and community on August 3, 2016 at 6:30 pm in the Fellowship Center (LDR). The public is invited to join us!

More than a fabulous performer and AWARD-WINNING composer, listeners have called Gladius a miracle in the making—the guitarist has prevailed over a crippling case of nerve damage which greatly hindered the dexterity of both hands, and could have easily ended a musician’s career.

Inspired by the great composers, Spanish guitar maestros, and much more, this musical mad scientist fuses the elements into a refreshing formula—evoking the Spanish spirit, yet distinctly unorthodox, mixing influences ranging from classical to rock and beyond.  In an era when expertise and originality are often overlooked in lieu of fleeting flash and flare, Gladius defines innovation as a composer and mastery as an instrumentalist—perpetually pushing the boundaries of his Baroque-Ethnic-Metal fusion: on both the classical and electric guitar.

“I love the mix of electric and acoustic guitars. Gladius proves

himself to be a master of both.” –  Two Guys Metal Reviews

Just a few short years ago however, it appeared the guitarist’s career might have been finished before it ever started.  A mysterious medical condition manifested its symptoms literally overnight.  On June 14th 2005, while studying classical guitar at Georgia State University’s School of Music under Professor John Sutherland (former Andres Segovia pupil), the aspiring virtuoso suddenly suffered from a rather crippling case of nerve damage, greatly hindering the sensation and dexterity of both hands…

Much later, thanks in part to numerous surgeries and extensive physical therapy, Gladius debuted with Post-Operation Demonstration–on June 14th 2011–demonstrating immense perseverance in spite of the debilitating condition – physically, musically and spiritually.  The album received a bit of airplay on Christian rock radio.  Beyond the Riff described the sound as, “the first type of music that actually goes ‘Beyond the Riff.'”

“Guitar solos that will melt your face”

Gladius followed this up with Livewire June 2012.  A live solo-acoustic record showcasing his secret weapon–the Spanish guitar–the results were more reminiscent of acoustic guitar gurus Paco de Lucia, Al Di Meola, or Rodrigo y Gabriela, yet the metallic elements shone through even unplugged.  Thanks to such unshakable influences as Yngwie Malmsteen, Marty Friedman, and Jason Becker, fans have since christened him ‘Flamenco Malmsteen.’

Giving Back to Hillsboro Schools

There are no upcoming events at this time.